Sea ice Consulting Norway (SICON) was started in 2014 By Dr. Sönke Maus. Maus has his diploma (1995) in physical oceanography from the University of Hamburg, Germany and his phd (2007) from the faculty of mathematical and natural sciences, University of Bergen, Norway. For 2 decades Maus has worked with research in polar regions, and during the past 10 years the main focus has been sea ice physics and its role in the environment. Since his phd he has been principal investigator in many research projects related to sea ice. Maus has been teaching courses in oceanography and sea ice physics at the University of Bergen as well as the University Centre on Svalbard. During recent years Maus has established novel approaches to fundamentally study sea ice on microscopic and molecular scales, using synchrotron radiation (www.forskningsradet.no/no/Nyheter/Isens_indre_hemmeligheter/1253963795467). 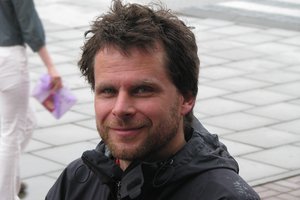 Publications and Presentations of Dr. Sönke Maus can be downloaded here. For a recent CV click here.